Philip Archibald allegedly advocated violence against law enforcement officers, threatened to hunt liberal protesters and kill looters. Philip Archibald, a Texas bodybuilder who dropped out of Texas A&M to pursue a career as a personal trainer,... 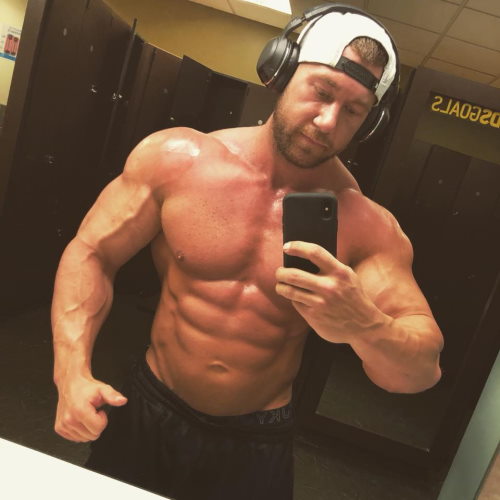 Keep your mouth shut and keep a low profile. Once you go public you will be destroyed. There’s people out there with nothing better to do than gaslight and DOX people they don’t like…

Everyone needs to read this because we had multiple members say the same exact things that this man said so moving forward were going to have to tighten up the rules a bit on opinions because the govt doesn’t care if you’re joking.

Some people will never learn discretion!

So what really went on here?

Yea, good read for most anyone

He made threats against protesters and protesting antifa they used that as a reason to investigate further.

Yep DOXing is easy and why most of these turds hate the police. They are the first ones to run to the police.

Searching the internet via your pictures, name or some type of indication that they can find and post actual name/address/business/who you are type information.

Shits wiggin me out, I’m a tech newbie, I already hate it

You should have a VPN account on your phone as well. While there is one for UGM, you should have one on your phone for any personal searches or internet work. Keeps from pinging your location. You can find someone with in a couple hundred yards by IP address. Believe it or not. A personal VPN will make it tremendously harder to locate you. Talk to @TG he’s got a wealth of knowledge on this.

There’s a few free ones. There’s free VPN has a unicorn on it.

. You can pay more for other features. Pretty good one.

Wow, but not surprised. This “cancel culture” wave is becoming insane and everyone definitely needs to be highly aware of saying or writing anything that can be considered political in this climate.

I’m not familiar with this boogaloo group, but was confused with the article when it stated he posed with them holding particular signs. If it were a right wing group they would not support the latter sign (acab), right? If he posed with the other side of protesters as some kind of anti-protest that would make more sense. However, it states that law enforcement were more concerned with him because of his (or other members of that group) presence with that sign (e.g., all cops are bad). Am I reading the article correctly?

From article:
“Archibald’s association with the extremist far-right, anti-government Boogaloo Bois culture probably concerned law enforcement officers the most. Archibald followed multiple Boogaloo accounts on Instagram. He also posed with Boogaloo members during protests who displayed signs such as “Boogaloo for Floyd” and “ACAB [All Cops are Bastards]””

2 Likes
next page →
Any communication between a site sponsor is strictly between the member and sponsor directly. Please check the laws of your country before you order any of their products. The onus is on the buyer, and the sponsor nor UGMuscle.com will not be responsible in any way if you break the laws of where you live.