Trump... love him or hate him 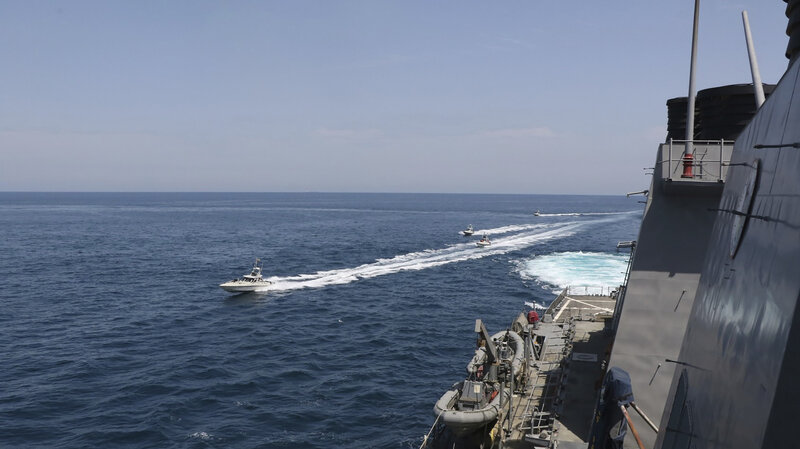 Iranian Revolutionary Guard boats come close to a U.S. warship in the Persian Gulf near Kuwait, in this photo provided by the U.S. Navy.

President Trump says the U.S. Navy should fire on Iranian boats if they continue to harass U.S. warships in the Gulf, a move that raises the prospect of open hostilities between the two rivals.

Like I said love him or hate him, just know that big t don’t put up with shit! Lol

I fucking love Trump. The only President with balls and not afraid to do shit.

Agreed! All I asked for was destruction of the establishment. Anything above and beyond that is icing on the cake.

What’s interesting is he reminds me of my old CEO of a major medical device company…He’s always told the regional sales managers, you will one day be like me and earn the right to belong to a very elite group called the KMFAC… Kiss My Fucking Ass Club! Trump def roles like that… which I love!

I like his personality. I love his policies. I’ve personally done better since he took office.

Remember these revolutionary guard just blew up oil tankers with mines and they shot missiles at our bases.
Little boats send them to the bottom of the ocean.

Most people in the uk say they hate Trump. Until you ask them when they’re out of earshot of everyone else. He’s got a lot of secret admirers over here. I personally fucking love him and agree with everything above.
Would love the Iranians to give him an excuse to give the order but sadly I don’t think they will.

Glad he gave the permission. Been there, dealt with that. I got to shoot alot…but only with a camera. They really do a lot of harrassing.

Salute to my President

HAHA delusion is contagious as fuck!!! “Me. Filed for Bankruptcy 3 times is just Bernie Madoff with a cult following and after he has buttfucked the country into the toilet you want find not one of his maga hat wearing trolls anywhere!!!

So you a Hillary fan?

No I’m a conservative actually. Small effective government lean and muscle military and paying down the debt. He done none of those things and now he is doing what he always did even in his personal life which is fail and blame cheat and lie. He is going to give America a rebound the other direction all the sheep out there gonna go full Socialist because of the shit he is doing and blaming conservative principles will be the response to this Cult shit!!!

Well then welcome,that’s a great intro, let us know how you really feel buddy.

It’s about damn time somebody is putting Americans first !!! Trump does have a few issues . But I agree with most what he says .

I’m with blowing there ass out of the water also. That wait and see if they kill Americans shit is just bull shit !!

Interesting way to join the board

Sorry guys , enough politics we all have strong opinions and dare entitled to them. I’m a gear head at heart … so moving on

next page →
Any communication between a site sponsor is strictly between the member and sponsor directly. Please check the laws of your country before you order any of their products. The onus is on the buyer, and the sponsor nor UGMuscle.com will not be responsible in any way if you break the laws of where you live.